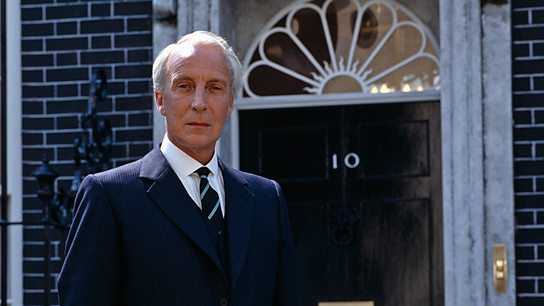 Frances Urquhart in the British version of "House of Cards". (Photo: BBC)
As you may or may not be aware, the UK General Election is nigh. In just under three weeks’ time (May 7th to be exact) the British public will go to the polls to vote for the local MPs who will represent them in Parliament. The party who gains the most seats in the election wins the right to send its leader to 10 Downing Street to be the Prime Minister.

There he or she will remain for five years unless, according to the Parliament.UK website, “a motion of no confidence is passed in Her Majesty's Government by a simple majority and 14 days elapses without the House passing a confidence motion in any new Government formed or a motion for a general election is agreed by two thirds of the total number of seats in the Commons including vacant seats (currently 434 out of 650).”

If all that seems a bit too complicated, BBC News has put together an entertaining yet informative video for non-Brits on the basics of UK General elections.

It should answer most of your basic questions and illustrate the differences between US and UK electoral procedure, the most glaring being the noticeably shorter campaign cycle for British politicians. What I wouldn’t give for only 25 days of nasty, sniping political ads!

If, however, you yearn for more than the bare bones facts, I just so happen to have a list of TV series you can access right now to learn more about the finer points and nuances of the British political system. Let’s begin with the comic offerings first, shall we?

Yes Minister and Yes Prime Minister: Both series star Paul Eddington as James Hacker whom we meet just as he has been offered the position of Minister of Administrative Affairs. The eager new cabinet minister has high hopes to bring improvements to his department and aspires to work for the betterment of his country. Alas his Permanent Secretary, Sir Humphrey Appleby (Nigel Hawthorne) seems to forever be thwarting his intentions. Appleby’s resistance to change and famously adept double talk make him one of Hacker’s most formidable adversaries even though they should be on the same side.

Yes Prime Minister is the continuation of Hacker’s political career as he ascends to the highest office in the land. Both series take place during the 1980s which were in fact the Thatcher years; nonetheless, Hacker’s party affiliation is never mentioned.

Hulu Plus and Amazon Instant Video have both series of this classic sitcom available to stream.

No Job for a Lady:  On to the John Major years of the early 90s and we find Penelope Keith learning the ropes as newly elected Labour MP, Jean Price. Persistent and headstrong in her ways, Jean has idealistic plans to bring a more prosperous life to her underprivileged, urban constituents.

To accomplish her goals, Mrs. Price must learn to balance her convictions with political game playing. Her greatest impediment is Tory MP Godfrey Egan (George Baker) who attempts to overwhelm his new colleague with an insincere smile and plenty of condescension.

No Job for a Lady: Complete Collection trailer

If you know Penelope Keith from her more hoity-toity roles like Margot in The Good Life or Audrey in To the Manor Born, you’ll want to check her out as a salt of the earth liberal. Amazon Instant Video (or perhaps your library) is the only place to find this lesser known political sitcom.

The Thick of It: This political satire series is more contemporary than those mentioned earlier yet many of the scenarios remain the same:  Civil servants obstructing the wishes of the politicians, the ruthless pursuit of the press, and the politician’s insatiable need to hold on to any scrap of power. But no government-centered sitcom before ever had a character quite like Malcolm Tucker (Peter Capaldi). A line from the holiday film A Christmas Story describes this spin doctor/enforcer perfectly. “He worked in profanity the way other artists might work in oils or clay. It was his true medium; a master.”

If you watch the entire series you will witness a mirror held up to fairly recent British political events or a version of them, anyway. The party in power is torn apart by dissension and one faction takes over leadership from the mainstream.  Then a General Election shake- up occurs wherein a coalition government is formed and the former party in power is demoted to the Opposition party. What do they say, truth is stranger than fiction?

The Thick Of It: Opposition trailer - Series 4 Episode 2 - BBC Two

The Thick of It features a phenomenal ensemble cast including Rebecca Front, Chris Addison, Roger Allam and Joanna Scanlan among many, many others. One note of warning, if you are offended by foul language this show will not be your cup of tea. If you love swearing, you can find all four series on Hulu’s free streaming service and Amazon Instant Video.

Now onto the dramas…

A Very British Coup: Based on a novel by British politician Chris Mullin. Ray McAnally stars as Prime Minister Harry Perkins in this 1988 mini-series. As a far left-wing leader of the Labour Party with a working- class background, Harry’s party comes to power after the public loses all confidence in the Conservatives and their links to corrupt financial institutions. Perkins advocates breaking up monopolies, making utilities public and withdrawing totally from all foreign military alliances.

As you can imagine, his extreme views are far from popular with many people accustomed to wielding all the power.  And thus a conspiracy begins with PM Perkins holding fast to his principles no matter what is thrown at him.

This dramatization of how the will of the people can be disregarded by the self-serving powers that be won the BAFTA for best drama and best actor for Ray McAnally. If you would like to see this classic example of British political drama, you can stream in on Hulu’s free service.

House of Cards: By now most people are familiar with the very popular US version of House of Cards on Netflix. But have you seen the British series from which it was adapted?

Ian Richardson plays the Tory party’s Chief Whip, Francis Urquhart. After being overlooked for a high ranking cabinet position in the new Prime Minister’s government, Francis vows to use all his influence, call in all favors and manipulate his way to the office of Prime Minister himself.

House of Cards- FU has a private chat with you

While a bit dated and not nearly as edgy at the newer, slicker American version, there are many similarities to the original – Francis’ habit of speaking to the audience, the sordid affair with a much younger journalist, and the downfall of an out-of-control substance abusing government pawn. And don’t let the fake modesty and the gentlemanly poshness fool you. Mr. Urquhart can be just as vicious as Mr. Underwood when something or someone gets in the way of his plans.

The critically acclaimed political thriller has two sequels, To Play the King and The Final Cut. However, you will find all three listed on Hulu Plus, Netflix, and Amazon Instant Video as The House of Cards Trilogy.

State of Play: My final recommendation is actually more of a newspaper investigation, think All the President’s Men. Yet just like that great film, the story centers on a government cover-up. Or does it? It does illustrate the impact of a scandal on an up-and-coming politician and how far the decision makers in the party will go to protect their future star.

It’s just a spectacular mini-series that I can’t praise enough. The cast includes Bill Nighy, John Simm, David Morrissey, Polly Walker, Kelly Macdonald and Philip Glenister. If you’ve never seen it, you’ll want to binge watch it and if you are familiar with State of Play, I know I’ve tempted you to see it again.

Currently Hulu Plus is the only streaming site with this series. If you decide to order this DVD from your library or Amazon, make sure you get the mini-series, not the movie with Russell Crowe and Helen Mirren.

There you have it! All you need to know about the British electoral and governing process via fictionalized characters, a lot of intrigue and a large helping of satire as well. Share your thoughts regarding my list or add suggestions of your own. And try to forget that while the UK is just about through with their election brouhaha, ours is just getting started…