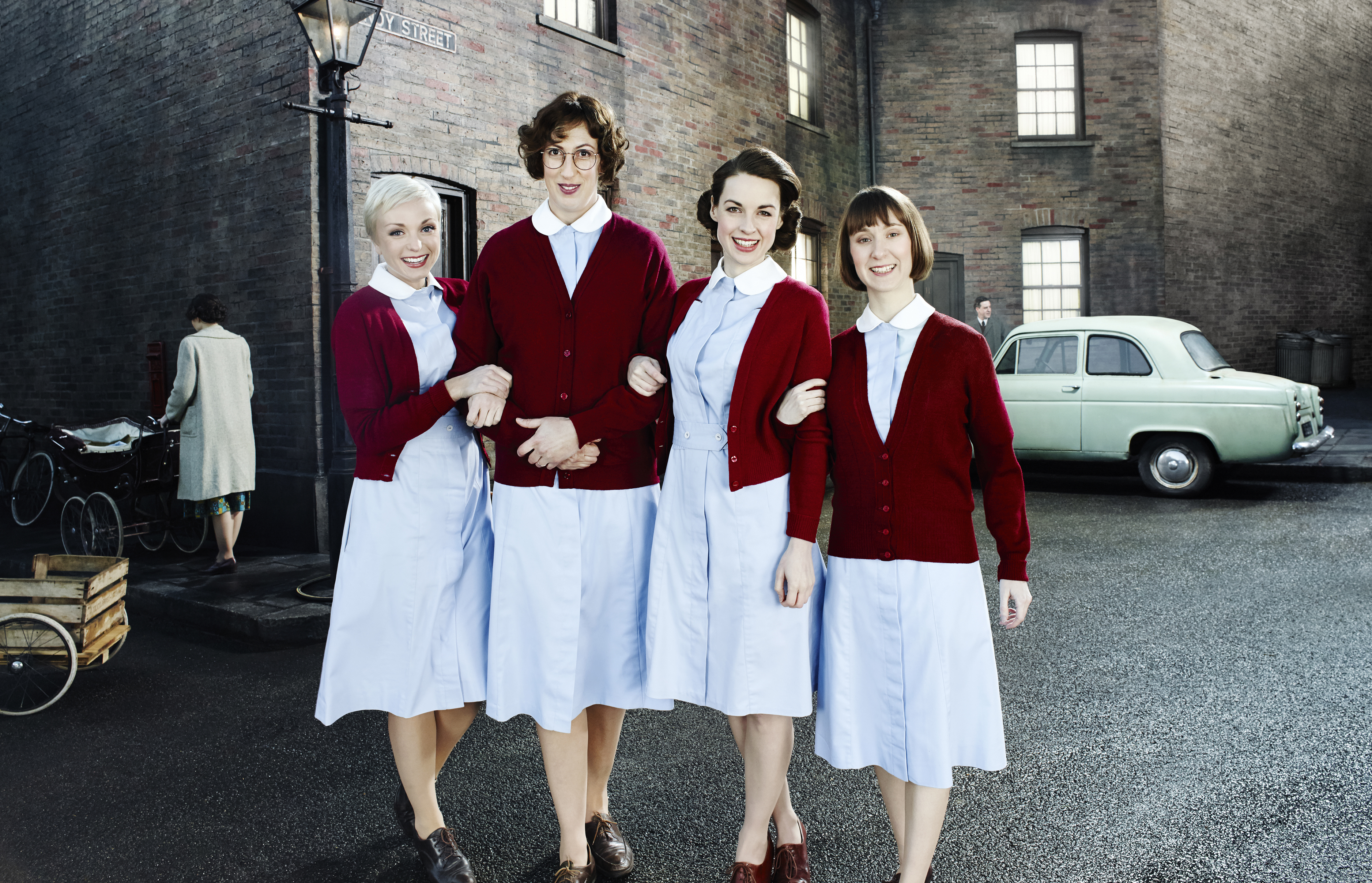 The Series 3 "Call the Midwife" cast - who will be in S4 and S5? (Photo: Courtesy Jonathan Ford/©Neal Street Productions 2013)
It’s official: As filming wraps up on the fourth series of award-winning emotional tearfest Call the Midwife, the period drama has been renewed for a fifth season by the BBC.

The ladies of Nonnatus House are already slated to return for a Christmas special at the end of this year, with a full fourth season coming in the early part of 2015 (January for the lucky ducks in the UK, late March for those of us in America). But now, before these new episodes even have screened anywhere, the show’s been given a fresh order for an additional eight-part fifth series, set to screen in 2016. Whew.

This announcement is actually not that surprising, given that Call the Midwife is one of the UK’s most-watched dramas since it launched in 2012, averaging over ten million viewers per episode over all three series, and 11.4 million tuning in to the Series 3 premiere last year. Additionally, the show has proved an admirable performer for PBS here in the States, and has developed quite the enthusiastic fanbase.

There are no specifics yet about what Series 5 will entail, or who will be part of it. All we know is that it will take the nuns and midwives into 1961. This secrecy is likely meant to keep any potential Series 4 plot points under wraps – much as it did with Jessica Raine’s sudden departure last season. Honestly, the fact that Call the Midwife has already scored a fifth season demonstrates that the BBC feels very strongly about the continued quality of the show despite the loss of its ostensible lead actress. (And let’s take a second for some real talk: as Chummy goes, so goes my nation. As long as Miranda Hart’s part of this show in some way or form, I’m there.)

“We’re delighted that the BBC have commissioned a fifth series of Call the Midwife,” said executive producer Pippa Harris. “The international success of the show is testament to the passion, dedication and skill of Heidi Thomas and the wonderfully talented cast and crew who have created a truly brilliant fourth series for our loyal viewers to enjoy on screen very soon.”

Audiences will return to Poplar later this year with the third Christmas special episode, with Series 4 bowing in 2015 on both sides of the Atlantic. Joining the regular cast are Linda Bassett (East is East, Lark Rise to Candleford) as Nurse Phyllis Crane and Charlotte Ritchie (Life of Riley, Fresh Meat) as Nurse Barbara Gilbert. And Vanessa Redgrave will appear for the first time as Jennifer Worth in the Christmas special episode.

What would you like to see on Call the Midwife in the future? Are you excited that it’s already been renewed for a fifth season?