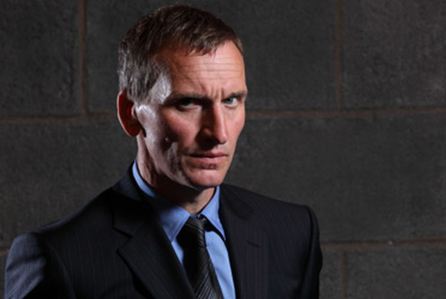 The new four-part series is described as a tense thriller set in the beautiful wildnerness of the Lake District, and its story is inspired by the life of a real couple. Eccleston, who has most recently been seen on HBO drama The Leftovers, will be playing Robert, a retired detective thrust back into the criminal world when he and his wife Katy are asked to turn their remote bed and breakfast into a safe house for protected witnesses and crime victims.

And just in case you didn’t think that premise was going to provide enough angst on its own, the consequences of this decision means Robert must face the ongoing effects from a tragic event during his time on the police force, when he was where he was protecting a star witness who was about to testify against her gangland husband.

Unexpectedly, he was shot, and she was killed. As a consequence of running the safe house, Robert re-questions this incident and uncovers a web of lies. Dun dun dunnn.

Filming is officially underway as of this week for a likely broadcast at some point in 2015.

It’s nice to see Eccleston making good use of his Leftovers hiatus – and getting involved with more projects generally. Not just because he’s always going to be my favorite Doctor – though that helps – but just because he’s a fantastic actor who deserves all sorts of great parts. (Yeah, I’m definitely biased, but that doesn't mean I'm not also right. Don't believe me, just investigate some of his other roles.)