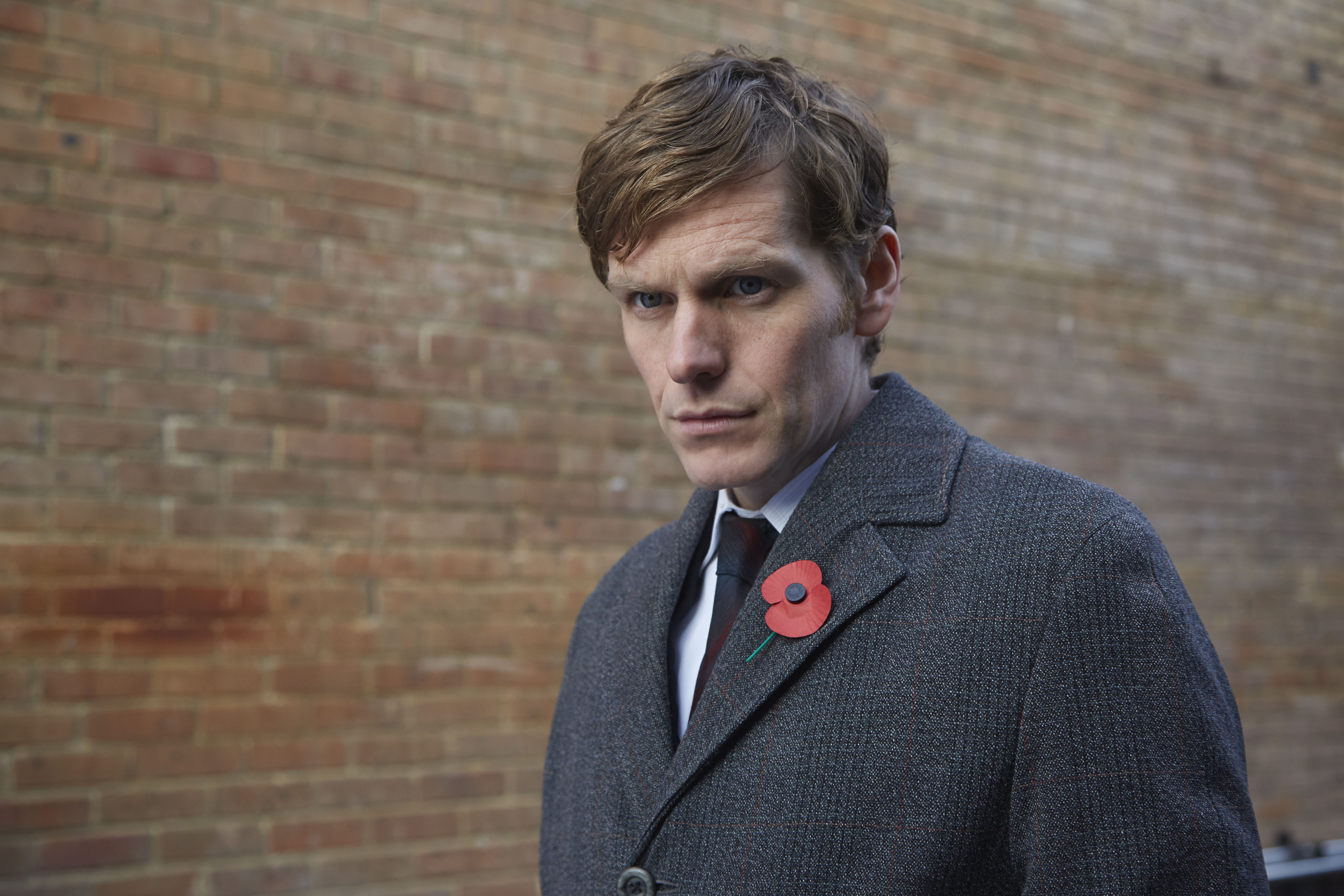 "Inspector Morse" back when he was just "Endeavour". (Photo: Courtesy of (C) ITV for MASTERPIECE)

Endeavour has recently returned to Masterpiece Mystery for a second series and I must say I find it to be the most compelling show on PBS’ very British Sunday night line-up.  So far DC Morse (Shaun Evans) has solved intricate cases dealing with beauty queens, ancient artifacts, a boarding school for girls and a century’s old mass murder. In addition, I’m looking forward to discovering how the Freemasons play into all the mayhem being unleashed in Oxford.

As advertised when it first aired last summer, Endeavour is the origin story of the beloved Inspector Morse, who was played by the late John Thaw in the orignial series of the same name. This prequel is not only an opportunity to allow fans of the original series to see Morse solve a few more murders, but a peek into the past to discover how the promising young Endeavour developed into the brilliant but somewhat sullen detective he became. We get to witness his growing affinity for opera and drink, as well as get a glimpse of some people who will follow him through his police career. Fans love little homages like that and new viewers get to meet a well-written character with a definite destiny ahead of him.

The concept of the prequel got me to thinking about other series that might want to employ this narrative device. While some shows are all about character development and uncovering the layers, so to speak, there are other personalities that are so mysterious, eccentric or enigmatic you can’t help wondering how they got that way.

Sherlock and Doc Martin immediately come to mind; however, viewers learned quite a lot about the Holmes family in this past series. Furthermore, Mrs. Ellingham exposed more horrible revelations about Martin’s cold and lonely upbringing so I didn’t consider either of them for this particular post.

Nevertheless after a bit of thought, I did come up with a handful of folks that I’m curious to know more about. Let’s see if they intrigue you, too.

The Office's David Brent. The Office’s David Brent (Ricky Gervais) is a self-deluded boss who mistakenly believes his staff loves him and his superiors are threatened by his leadership skills. Brent fancies himself a motivational speaker, a philosopher of sorts and, as he never fails to mention, an entertainer.

When all eyes aren’t on him, David sulks like a petulant child then practically jumps around as if to say “Look at me, everyone!” How else can you explain this improvised dance routine?

In the American version of The Office, there were plenty of seasons to uncover Michael Scott’s issues like his parents’ divorce and his subsequent fear of abandonment. All we know about David’s family is that his dad has dementia and lives in a care home. It would be enlightening to understand what happened to the younger David Brent that brought on his obnoxious attention-seeking behavior and his deep-seated need to be liked.

Gavin and Stacey's Nessa Jenkins. When it comes to Nessa Jenkins (Ruth Jones), teasing apart truth from tall tale is a tricky proposition. Gavin and Stacey's most eccentric character (and that’s saying something) has told a lot of unbelievable stories about her life. She claims to have had relationships with celebrities such Tom Jones, Russell Brand and the Al-Fayed family among others. And she’s apparently been a jack of all trades with jobs as a roadie for The Who, a professional football coach and a nightclub bouncer… and her friends don’t appear to doubt the veracity of Nessa’s claims.

The only thing I know for sure is I’ve seen her work as a tarot card reader, a living statue and cashier at the local amusement arcade. What I would like to see is a glimpse into Nessa’s past. If it’s radically different than she’s claimed, it might explain all her fantastical stories and, if it’s true, what an interesting TV series that would be!

The Thick of It's Malcolm Tucker. All I have to say about The Thick of It is why is this man so angry and how did he get into such a position of power?

In the cutthroat world of Westminster politics, Director of Communications, Malcolm Tucker (Peter Capaldi) is top dog. His verbal abuse and bullying tactics have served him well as the enforcer of the party’s agenda. His spin skills are legendary and it’s apparent he has sacrificed everything else in his life for his career.

But what of the young Mr. Tucker, freshly arrived in London to work as an MP’s researcher or some other lowly position. Was he idealistic and determined to change the world when he got off the train from Scotland? I’d like to see that Malcolm and ascertain exactly how he became such a potty mouth.

Keeping Up Appearances’ Hyacinth Bucket. Bluntly put, Keeping Up Appearances’ Hyacinth Bucket (Patricia Routledge) is a domineering, name-dropping snob. While she lives a comfortable middle class life with her long-suffering husband Richard, Mrs. Bucket images herself to be of a higher social standing than she actually is. It only takes a one look at the rest of her family to tell that Hyacinth’s pretentions are a total sham.

Keeping Up Appearances- Hyancith doesn't want a "Cuddly Chops" in the family. 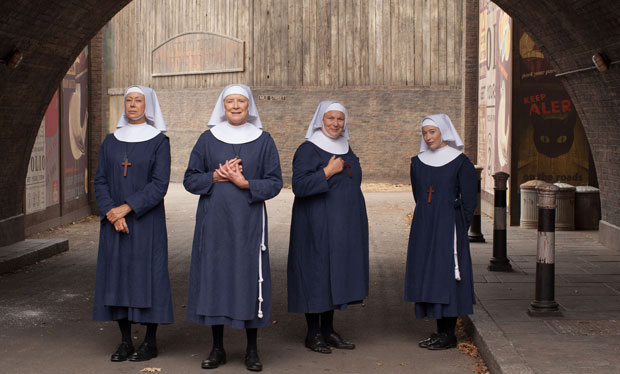 What I propose is not a Call the Midwife prequel per se, but some substantial flashbacks that give us insight into the people Sisters Julienne, Evangelina and Monica Joan were before they answered their callings. (Sort of like how Orange is the New Black shows viewers how the inmates ended up in jail.) Who wouldn’t like to see Sister Evangelina fearlessly speeding around on a motorcycle during wartime? And I daresay Sister Monica Joan had a fascinating life before Nonnatus House became her home.