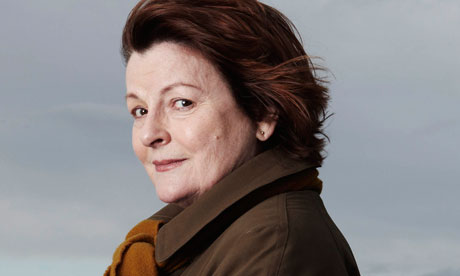 Based on the characters from the popular series of novels by Ann Cleves, the show follows the obsessive and driven Detective Chief Inspector Vera Stanhope as she tries to crack some of the toughest cases in Northumberland.

Brenda Blethyn will once again reprise her role as Vera; however, she’ll be getting a new sidekick this year. Long-time cast member David Leon, who played Vera’s loyal right-hand man Joe Ashworth, has departed the show, as his character has finally received a promotion. Vera will be joined instead by newcomer DS Aiden Healey, played by Stella’s Kenny Doughty.

Series 5 will be comprised of four new episodes. Episode One is written by Martha Hillier and follows Vera and Aiden as they investigate a mysterious death at a caravan park.

“I am so happy to be embarking on series 5 of Vera and whilst I’ll miss David Leon (Joe Ashworth finally got his long awaited promotion – Celine was delighted!)”, said Brenda Blethyn. “I’m very glad to be reunited with Jon Morrison, Riley Jones, Cush Jumbo and our new member of the team Kenny Doughty. Northumberland here we come!’

Filming on the new season has already begun in Northen England and will continue through August of this year. The series is set to screen in the UK in 2015 and hopefully – if this season is any indication – it will be available to American audiences shortly thereafter.

Are you a fan of Vera?