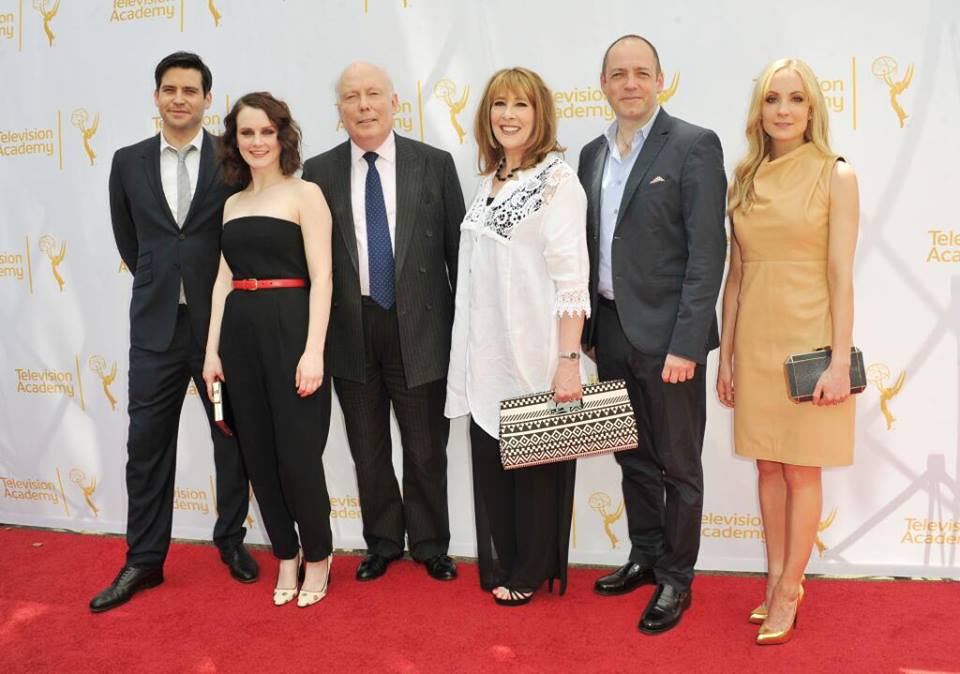 Members of the "Downton Abbey" cast prior to their Q&A panel. (Photo: Television Academy of Arts & Sciences via Masterpiece)
Having Downton Abbey withdrawal? Of course you are. We all are. Thankfully, we’ve got a particularly fabulous tidbit to help get us through the (seemingly endless) wait for Series 5.

The Television Academy of Arts & Sciences hosted a special event for its members in Los Angeles on May 3rd which featured appearances by several members of the Downton cast and crew and was streamed live over the internet as it happened. Part Series 4 retrospective, part general show discussion, there’s plenty of fun here for all who love the megahit costume drama.

Stars Joanne Froggatt, Phyllis Logan, Sophie McShera and Robert James-Collier all took part, along with series creator Julian Fellowes and executive producer Gareth Naeme. It was actually pretty fun to watch some members of the cast who may not get in front of the media as frequently get the chance to shine. McShera, for example, is completely adorable, and I promise you’ll be so charmed by James-Collier that you’ll basically forget how much you hate Thomas.

There’s also some really good discussion about several of the plot developments that occurred last season – Froggatt’s comments on what happened to Anna and the ensuing discussion are particularly thoughtful and interesting.

Luckily, you can watch the full webcast – a full hour and a half of Downton-related goodness – online. It’s a perfectly lovely way to spend an hour or so:

I’m really not quite sure how this cast manages to be quite so adorable and basically appear to all be BFFs even though half of them don’t film together very often, but they’re all just awesome together.

And, I may have squealed out loud a tiny bit during all the talk about Carson and Mrs. Hughes. Hey – I’m not made of stone.

Is it time for Series 5 yet?