Previously on Call the Midwife: Check out Carmen’s recap of Series 3, Episode 1 from last week here.

Change continues to be the watchword for the midwives in Series Three.

Most notably, Nurse Lee is promoted to acting senior midwife over Trixie who has been at Nonnatus House longer.

There was moping and pouting aplenty on Nurse Franklin’s part; however, to be fair, Jenny was quite quick to put on her bossy pants right along with her special Head Sister bonnet.

This tension between friends continued over Doris Aston, a patient who Trixie had attended in her previous births. Regardless of the patient’s preference, Nurse Lee declined to consult with her colleague as to why Doris might be so agitated.

It turns out Doris’ husband, Cyril, is a wildly jealous and violent bully who doesn’t like the fact that his wife cuts other men’s hair for a living. To make things worse, Doris knows the father of her baby is not Cyril.  Apparently everyone else will too as soon as the infant is delivered since Mrs. Aston had a one-night stand with a black man. Sound familiar?

For the safety of mother and child, the nuns arrange for Doris to go away to have the baby in a maternity hospital where she will claim to have lost it due to a problem with anemia. From there priggish Mrs. Ellerbee from the Church of England Infant Society will make arrangements to have the baby adopted by a suitable family.

Unfortunately, the baby comes early and Nurse Lee must deliver the infant at the Aston’s flat – a beautiful little girl which Doris names Carole.

Cyril returns from work at an inopportune moment and sees the baby is obviously not his. Dr. Turner arrives at the flat just in time to prevent any violence and orders Mr. Aston out of the home in order to cool down. It’s decided the baby cannot remain with Doris while they wait for foster parents to be found so Dr. Turner takes the baby home where he and Shelagh will care for Carole until the Church can take custody of her.

Doris writes a letter requesting that it be given to Carole when she’s old enough to understand. It explains that Doris gave her up not due to a lack of love but because of it. The adoption official refuses to take the correspondence since the adoptive parents specify they want no contact between birth mother and child. Sister Julienne, in her consistent and loving wisdom, decides to keep the letter at the convent so that if Carole ever decides to look into her past, she might be able to find the truth at Nonnatus House.

While all this high drama is going on, a handful of the midwives attend a lecture by Dr. Latham who is studying how an expectant mother’s anticipation of a painful labor and delivery experience makes them tense thus producing more acute discomfort.

After the presentation, Cynthia, the unassuming and too often overlooked young midwife, relates her concerns about Nellie Short, a first time mother-to-be who she has recently seen at the clinic. Nurse Miller believes Nellie could benefit from Dr. Latham’s relaxation techniques (a precursor to the Lamaze method, I believe). Mrs. Short lost her mother just a few months and is very anxious about the prospect of going through labor without her.

The doctor agrees to come to the antenatal clinic to explain his research and demonstrate the breathing exercises. However, when Latham sees what a good rapport Nurse Miller has with the mothers, he invites her to run the relaxation session herself. 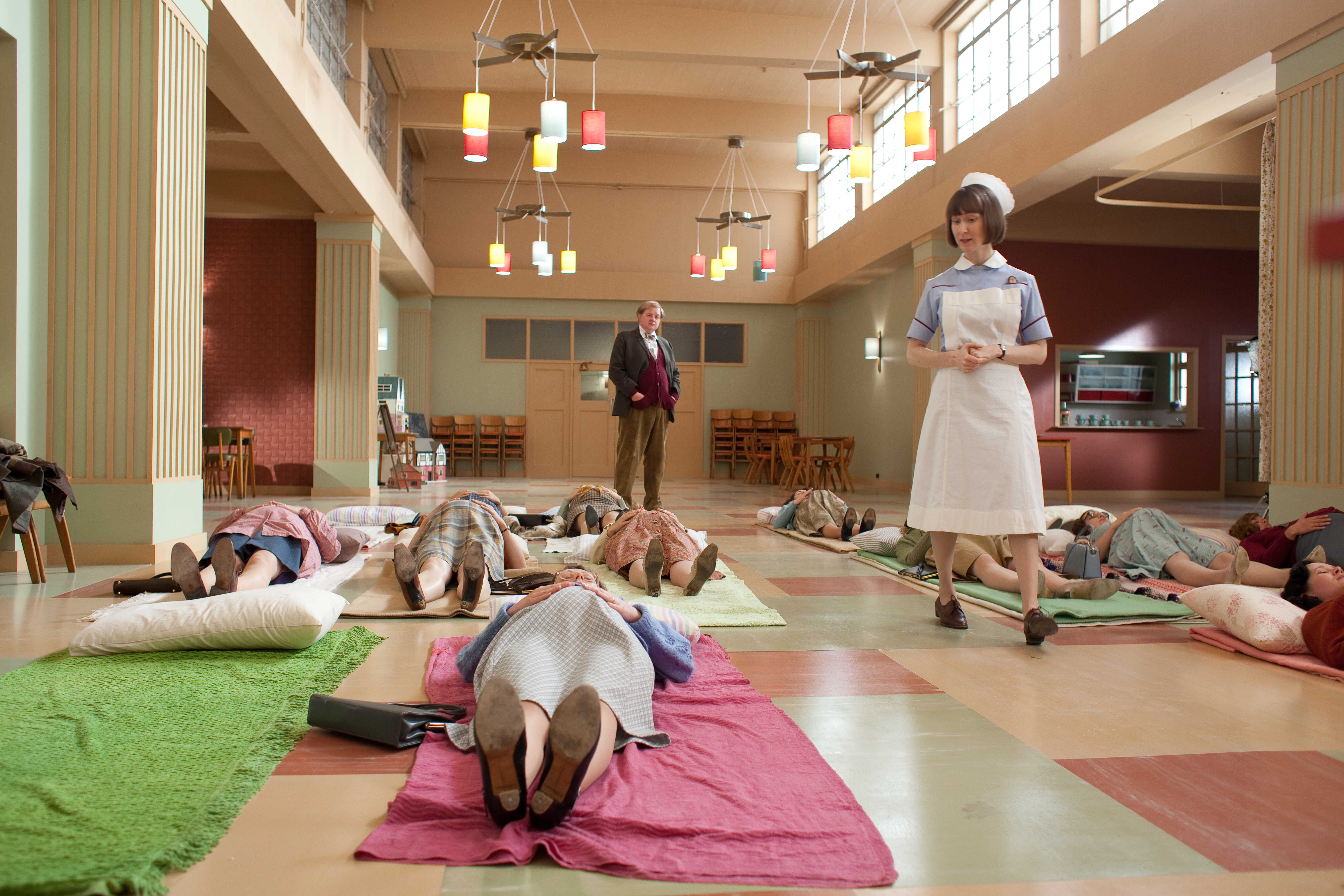 Soon after, Nellie goes into labor and insists that Cynthia be called to attend her. Sister Evangelina comes along to assist and becomes concerned about the welfare of both mother and baby when Nellie’s labor does not progress. Nurse Miller holds her ground and continues to employ Latham’s relaxation techniques which after many hours results in a safe birth and a healthy baby boy.

All in all, another satisfying episode though I did have a few questions and concerns.  Most pressing of course is Trixie’s new pixie cut. What say you – yay or nay? 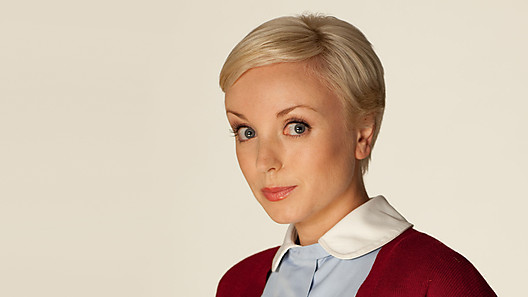 Remember Sister Winifred? Why has she gone MIA after just being introduced to us last week?

Why did they recycle the “white mother pregnant by a black man” scenario from series one? Of course the reaction of the husband was different in each case, but it seems like there should be more original stories to tell.

And finally, the bit with Jenny’s boyfriend being a dedicated anti-nuclear protestor? I have a feeling we’ve not heard the last of Alec’s social activism.  Jenny doesn’t seem to give much credence to it now, but will it become a problem spot between this young couple in the future? They just seem too happy to not have some rough waters ahead.

How are you coping with the changes in Poplar and with the staff of Nonnatus House? Share your comments on episode two or the series in general in the comments section below.