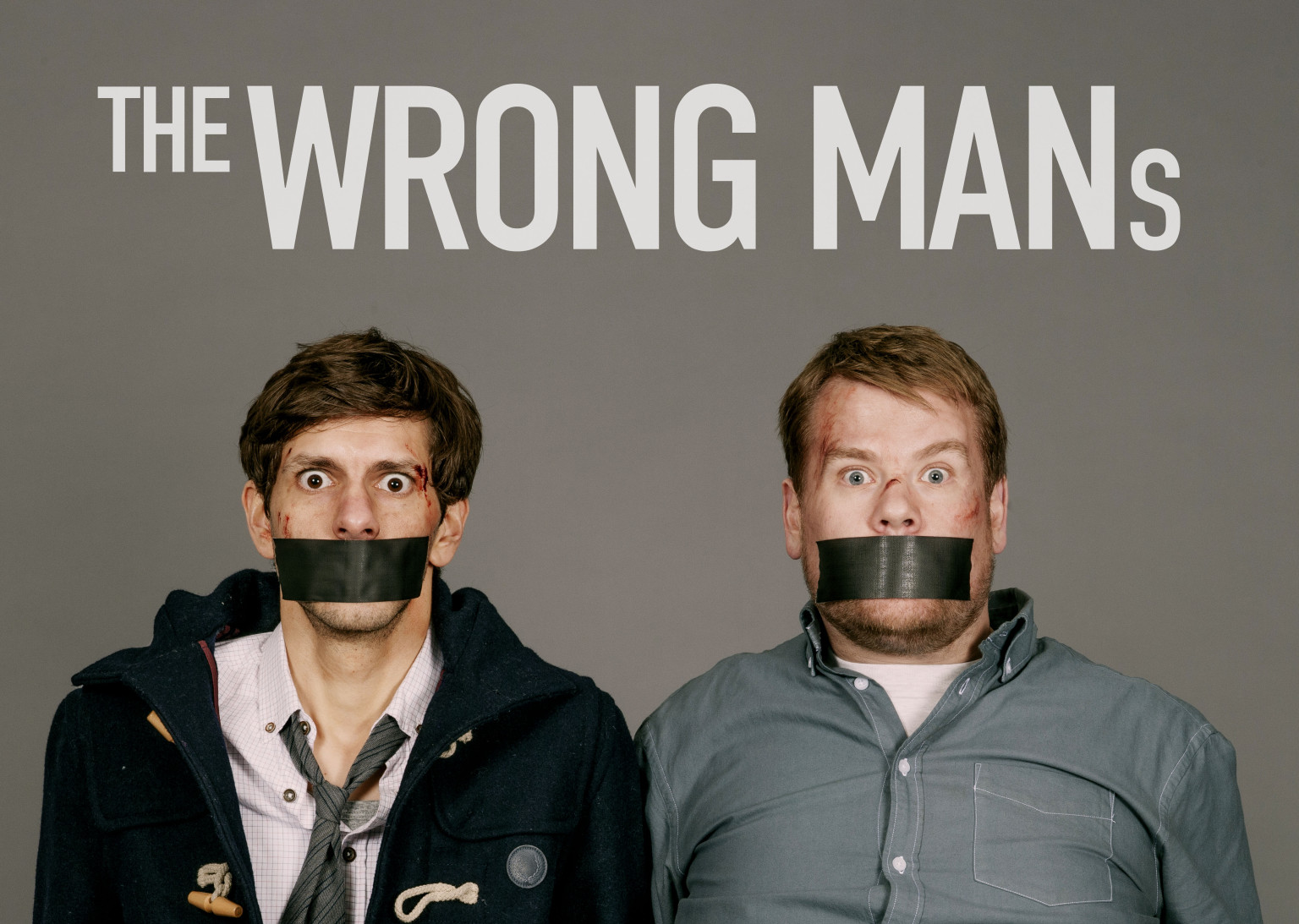 It seems as though a year has gone by (and it almost has) since Hulu announced they were producing this particular new comedy in partnership with the BBC. Co-starring and co-written by James Corden of Gavin and Stacey fame and Matthew Baynton (Spy and Horrible Histories), this original series called The Wrong Mans is billed as a spy thriller within a sitcom.

This was Corden’s reaction to Hulu’s involvement:

As the clip above also revealed, the comedy and drama of this series all stems from Baynton’s character, Sam Pinkett, being in the wrong place at the wrong time.  Answering someone else’s mobile phone might have been a mistake as well.  This is obviously much more intrigue than Sam, a county council civil servant, is accustomed to.

Lock it up - The Wrong Mans: Episode 1 Preview - BBC Two

And while the antics of Sam and Phil will be front and center in this series, the supporting cast of The Wrong Mans is nothing to sneeze at.  Silent Witness’ Emilia Fox, The History Boys’ Stephen Campbell Moore, and The Thick of It’s Rebecca Front portray some of the many mysterious characters that people this adventure from kidnap victims to MI5 agents to international criminals. But the cast member I’m most excited to see is the priceless Dawn French as Corden’s mum, Linda.

Of course, our friends across the pond got first dibs on this new series and if viewing numbers are any indication, they liked it.  In fact, according to the British Comedy Guide, The Wrong Mans broadcast on BBC Two garnered the biggest comedy audience of the year and the best numbers for a new comedy since 2005’s Extras.  I’ve gleaned some details from synopses I found on-line, but as I’ve been anticipating this series for literally months and months, I didn’t want to expose myself to too many spoilers before I have the opportunity to enjoy it.  Suffice it to say, there are twists and turns, secret identities and chase scenes aplenty.

If, like me, you’re a Corden devotee; a fan of action mixed with laughs; or just someone who’s curious about why the series title is grammatically incorrect, I can only help you at this moment with the latter question:

For everything else, log on to Hulu.com on November 11th when streaming of The Wrong Mans will finally be available in the US.

Are you curious to try this series out? Have you heard good things about it from across the pond?