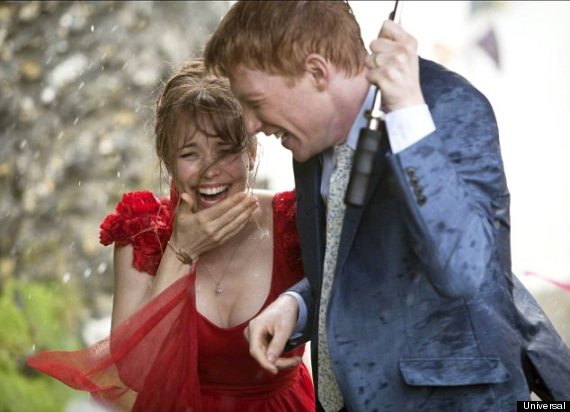 Doesn't it look cute? (Photo: Universal)
It’s been months since I first saw the trailer for director Richard Curtis’ newest film and I’ve been waiting more or less patiently for its release. But I’m happy to finally announce that it’s almost time for About Time! Corny I know, but I had to go there.

Curtis, writer of Four Weddings and a Funeral and Notting Hill, ascended to the status of king of the British romantic comedy when he wrote and directed the consummate standard of the genre, 2003’s Love Actually. Now Curtis is back with a time traveling love story that looks like it might rival his earlier masterpiece in terms of humor and heart.

About Time is currently playing in limited release in select cities, but will be opening everywhere on Friday, November 8. (Editorial note: If you’re a DC-area local, this film’s actually already at the AMC Courthouse and the AMC Georgetown 14, so if this piece convinces you to check it out – you don’t have to wait long!)

Watch the trailer below – along with some reasons why you should see it!

Rising star Domhnall Gleeson plays Tim, a young man who learns that all the males in his family have the ability to travel back in time. Rachel McAdams is Mary, the object of his affection and the woman around whom much of Tim’s time travel is focused. It would appear that Tim has some pretty great parents.  His mum is played by the classy and talented Lindsey Duncan:

But what excites me most about this film is the reunion of director Curtis with actor Bill Nighy.  These two men obviously have a great creative partnership. Nighy has appeared in Curtis’ Pirate Radio and The Girl in the Café. He even makes a cameo appearance as the museum official in the Curtis-penned Doctor Who episode, Vincent and the Doctor. And who can forget Nighy’s over-the-top, aging rock star, Billy Mack from Love Actually?

This time, Nighy portrays Tim’s dad and time travelling mentor. Counter to the stereotype of the cold English father and the estranged son, this pair appears to be rather close. I have a feeling that more tears might be shed over the paternal relationship in this film than the romantic one.

About Time opens wide in the US on Friday, November 8.  If you’ve been waiting for a romantic comedy with British wit, lots of warmth and touch of sci-fi flavor, this may be the film for you.

If you’ve got one, what’s your favorite Curtis film? Are you looking forward to About Time?