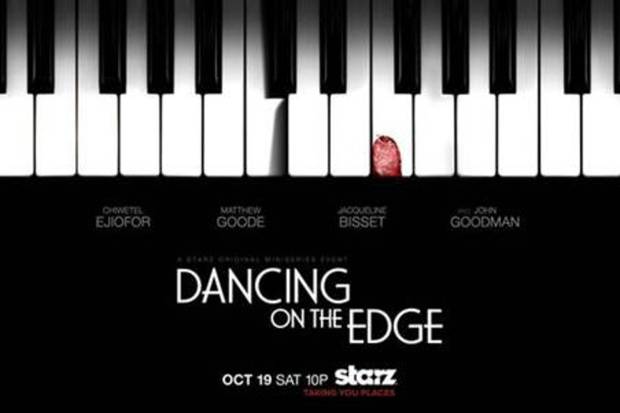 Premium cable network Starz is slowly becoming something of a destination for fans of British television. Though you probably wouldn’t expect it, the network has been responsible for bringing several popular British programs to America over the past several years, including sci-fi sequel Torchwood: Miracle Day and lavish War of the Roses drama The White Queen.

Starz will now bring us period drama Dancing on the Edge, starring Chiwetel Ejiofor, another British actor whose complicated name you should probably get used to spelling, because he’s about to have a breakout year with three films coming out, one of which is the basically guaranteed Best Picture nominee 12 Years a Slave.  (Also? He’s an amazing actor.) Ejiofor is joined by a cast of notable actors, including Matthew Goode, John Goodman, Anthony Stewart Head, Merlin’s Angel Coulby, Doctor Who companion Jenna Coleman and The Paradise’s Joanna Vanderham.

The five-part drama – inspired by accounts of Duke Ellington Band’s mingling with the future Edward VIII in Europe - tells the story of the Louis Lester Band, a group of black jazz musicians playing the club circuit in 1930s London. The series follows the group’s rise to fame and subsequent entry into many elite social gatherings, while dealing with racist sentiment from much of the city’s aristocracy and, ultimately, a murder mystery.

It also looks pretty interesting!  Starz has released a new extended trailer for the series, which will premiere on Saturday, October 19 at 10pm.

Dancing On The Edge: Extended Trailer

Thoughts? Think this sounds interesting? Ejiofor is always a fantastic actor, so it seems like this should be worth checking out.