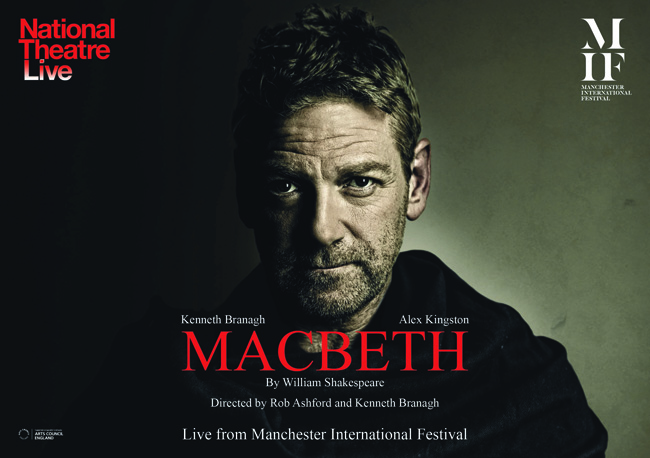 Remember how we theater-loving Americans were really jealous when we heard about the special production of Macbeth happening in Manchester over the summer, starring no less than Sir Kenneth Branagh and Doctor Who star Alex Kingston in the lead roles?

Sure, the National Theatre Live program broadcast the production, and many American cinemas will be holding screenings of it through the end of the year. Don’t get me wrong, this is a great program, and one which I wholeheartedly support, and it certainly saves ua all a lot of airfare to London, but at the end of the day there’s still nothing quite like being there in person, right?

Well, it turns out that now we can. Or will be able to next Spring, at any rate. Branagh – who was also the co-director of this particular production – will be bringing his Manchester Festival Macbeth to America in 2014 and (surprise!) making his New York stage debut at the same time.

The Oscar-nominated actor will not be appearing on Broadway, however. Instead, he will stage his version of the Scottish play – which was performed in a deconsecrated church complete with wooden benches in England –at the Park Avenue Armory, which is described on its official website as “part palace, part industrial shed”. It’s an extremely interesting space, which offers plenty of opportunity for creative staging.

Kingston will be joining him for the play’s New York run, reprising her role as Lady Macbeth. (No word on whether the rest of the cast will also be making the trek across the Atlantic, but here’s hoping!) The production received rave reviews from the English press, and even The New York Times went on about it at some length.

Branagh is very well known for his previous Shakespearean roles in plays like Henry V, Much Ado About Nothing and Hamlet, but this Macbeth actually marked his first bit of the Bard in a decade. “I am delighted that we have the chance to recreate Macbeth in this epic setting,” Branagh told BBC News.

The production is currently slated to bow in June 2014 and the Park Avenue Armory has indicated that more details about ticket availability and pricing will be made available in the coming months.