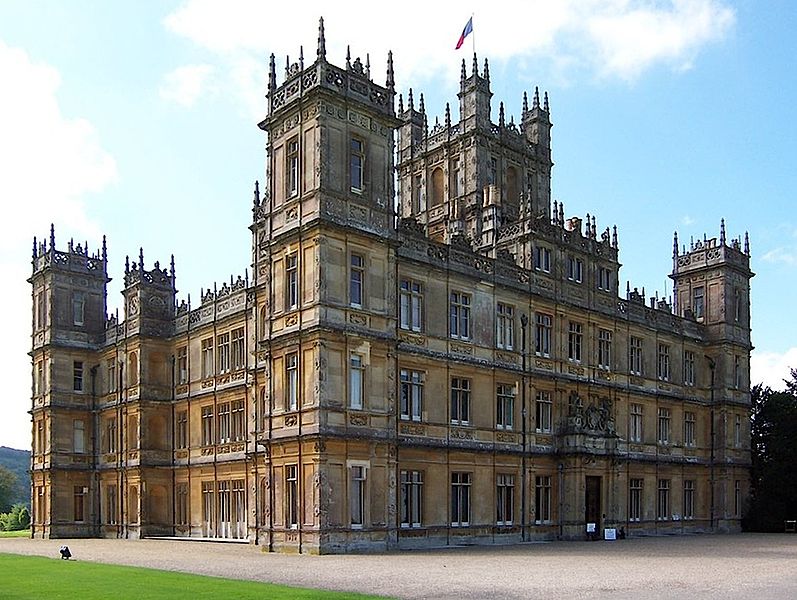 Welcome to the next installment in our new series here at Telly Visions where we try and ease the (occasionally absurdly long) hiatus-es of some of our favorite British shows by offering alternative suggestions of things you should watch while you're waiting for new episodes to return. Got a suggestion for another show for the Watch-a-like series? Let us know in the comments!

One of the darkest times of the year is upon us – the wait for the next new season of megahit costume drama Downton Abbey. It’s already been an eternity more than a few months since Series 3 concluded and we’re all getting a little impatient for the return of the Crawley clan. Plus, the show’s US premiere won’t take place until January 2014, so we’ve still got a ways to go on in our marathon wait.

So, what better time to try out a new drama to help you through the Downton doldrums? Here are a few suggestions to ease your Crawley separation anxiety, based on several  of the factors that make that popular drama so addicting. (If you just can’t get enough period costumes in your life, this list is for you.)

Take a read through these – and leave your thoughts in the comments!

Brideshead is available to rent via disc from Netflix or to stream at Amazon Instant Video.

The Buccaneers. Based on the unfinished novel by Edith Wharton, this four-part miniseries tells the story of four wealthy American sisters who travel to England in search of husbands and titles. (Sounds a bit like Downton’s Cora, doesn’t it?) As they participate in the London Season, the girls must struggle with the issue of whether it’s more important to marry for love or for social status, and drama naturally ensues. Carla Guigno, Mira Sorvino, Allison Elliott, Rya Kihlstedt and more star.

Stream The Buccaneers on Netflix.

Cranford. If what you love about Downton is snarky older ladies being awesome Dowager Countess-style, then this is the show for you. Dame Judi Dench stars alongside Dame Eileen Atkins, Imelda Staunton, Julia McKenzie Francesca Annis, Philip Glenister, Michael Gambon Jim Carter and more in this tale of the small absurdities and major tragedies in the village of Cranford.  Written by Call the Midwife creator Heidi Thomas, this is a lush, sweet and thoroughly charming period drama with quirky, fantastic characters. It’s wonderful.

This lovely series (and its sequel Return to Cranford) is available on Amazon Instant Video or to rent on disc from Netflix.

The Forsyte Saga. If what you love about Downton is the drama’s epic feel, then try out The Forsyte Saga. The story chronicles the lives of three generations of the Forsyte family from the 1870s to the 1920s, through the scandals and mistakes of its patriarch, Soames. The story is fairly complicated but there are unfortunate affairs, free-spirited relations, people forced to marry for love, jealousy, obsession, and all the other ingredients of a good old-fashioned (albeit extremely well dressed) soap opera. It stars Homeland’s Damian Lewis, Gina McKee, Sherlock’s Rupert Graves, Ioan Gruffudd, Amanda Root, John Carlisle, Barbara Flynn and more.

North and South.  If you like the romance and class conflict depicted in Downton, then four-part serial North and South may be for you. The drama follows the story of Margaret Hale, a young woman from southern England who must move to the North after her father decides to leave the clergy. The family struggles to adapt to their new industrial town and clashes with local mill family the Thorntons. The story explores issues of class and gender –particularly after Margaret realizes her attraction to handsome John Thornton, son of the mill owner who seems to hate them. Daniela Denby-Ashe and The Hobbit’s Richard Armitage star, with appearances from such familiar faces as Brendan Coyle, Pauline Quirke, Anna Maxwell Martin and more. Prepare to swoon.

You can stream North and South  on Netflix.

Pride and Prejudice. If you’re looking for a balm for your Matthew and Mary-related feelings, there’s really no better antidote than the 1995 adaptation of Jane Austen’s classic Pride and Prejudice. Colin Firth and Jennifer Ehle play Mr. Darcy and Elizabeth Bennett, and even though viewers the world over know what happens, it doesn’t stop us from swooning every single time.

Sadly, this version of Pride and Prejudice doesn’t appear to be streaming online at present, but you can find it at Amazon Instant Video.

Upstairs Downstairs. If you’re pining for another saga featuring an aristocratic family and the loyal servants who share their residence, you need look no further than the drama that started it all: Upstairs Downstairs. The original 1971 series featured the scandals and struggles of the wealthy Bellamys and their household staff at 165 Eaton Place. It’s one of the most popular dramas in British television history and won 7 Emmys and a Golden Globe. In short: It’s amazing.

The original Upstairs Downstairs is available for streaming to Amazon Prime members or you can rent all twenty-one (yes, really!) discs from Netflix.

A lavish new Upstairs Downstairs sequel/reboot series starring Keeley Hawes, Ed Stoppard, Claire Foy, Dame Eileen Atkins, Alex Kingston and original series actress Jean Marsh was launched in 2010 and attempted to tell the continuing story of 165 Eaton Place and the family that lived there. Sadly, this series was cancelled after two seasons due to low ratings – and probably the fact that the show could never quite decide what it wanted to be. Despite the occasionally oddball plots, there are a handful of standout performances (Atkins and Kingston, particularly) and even when the story is a bit too over-the-top, the show’s still fun.

You can also find the 2010 reboot streaming at Amazon Instant Video.

Thoughts? Anything particularly strike your fancy? Or strong opinions on what should have made this list instead?