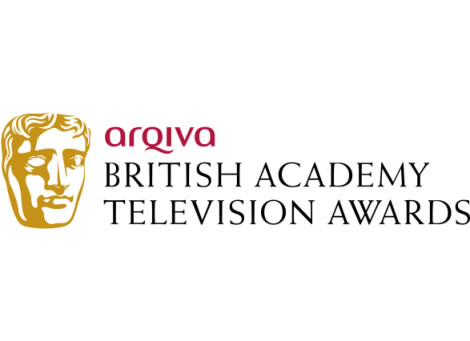 Nominations for the British Academy of Film and Television Arts (BAFTAs) TV Awards were announced this morning and, for the second year in a row, the list of nominees features a combination of great performances and truly bizarre omissions that makes one wonder whether the nomination process boils down to drawing names from a hat.

Leading the field this year were Olympic-themed comedy Twenty Twelve, Alfred Hitchcock biopic The Girl and drama Last Tango in Halifax, which all picked up four nominations apiece. The 2012 London Olympics also fared well, taking 3 out of 4 nominations in the “Sporting and Live Event” category, and Danny Boyle’s Isles of Wonder Opening Ceremonies will also compete for the Audience Award.

Some of these nominations are spot-on: it’s lovely to see Last Tango in Halifax getting nominated; both because of its unconventional love story and the fact that stars Derek Jacobi and Anne Reid are fantastic. Twenty Twelve was hysterical. Ben Whishaw did amazing things with a traditionally under-performed Richard II in The Hollow Crown. Boyle surely deserves every award he’s about to win for his stunning work on the Olympics. Even though I thought The Girl was boring, Toby Jones is always a capable performer.

And yet, much like 2012, there are just some really weird picks and obvious snubs.

First, there’s the little business of no nominations for Downton Abbey. At all. Not even for Dame Maggie Smith, who has won virtually every award available since she started playing the Dowager Countess. Ratings darling Call the Midwife is only up for the popular-choice vote Audience Award. Um, what?

Period drama Parade’s End – which has racked up a variety of critical awards of late – did score multiple BAFTA nominations, including Best Mini-Series and a Leading Actress nod for Rebecca Hall. However, her co-star Benedict Cumberbatch was inexplicably snubbed in the Lead Actor category, which makes absolutely no sense at all.

Also, there was no love for any of the actors involved in Ripper Street or Scott and Bailey, even though both series are up for Best Drama? These systems, I do not undersand them.

Single Documentary
7/7: One Day in
Baka: A Cry from the Rainforest
Lucian Freud: Painted Life
Nina Conti – A Ventriloquist's Story: Her Master's Voice

Features
Bank of Dave
Grand Designs
The Great British Bake Off
Paul O'Grady: For the Love of Dogs

Reality And Constructed Factual
Bank of Dave
Grand Designs
The Great British Bake Off
Paul O'Grady: For the Love of Dogs

Current Affairs
Britain's Hidden Housing Crisis
The Other Side of Jimmy Savile
The Shame of the Catholic Church
What Killed Arafat?

Entertainment Programme
Dynamo: Magician Impossible Watch
The Graham Norton Show
Have I Got News For You
A League of Their Own

Situation Comedy
Episodes
Hunderby
The Thick of It
Twenty Twelve

What do you think of all this? Let’s discuss the picks and snubs in the comments. The awards ceremony is scheduled for May 12.