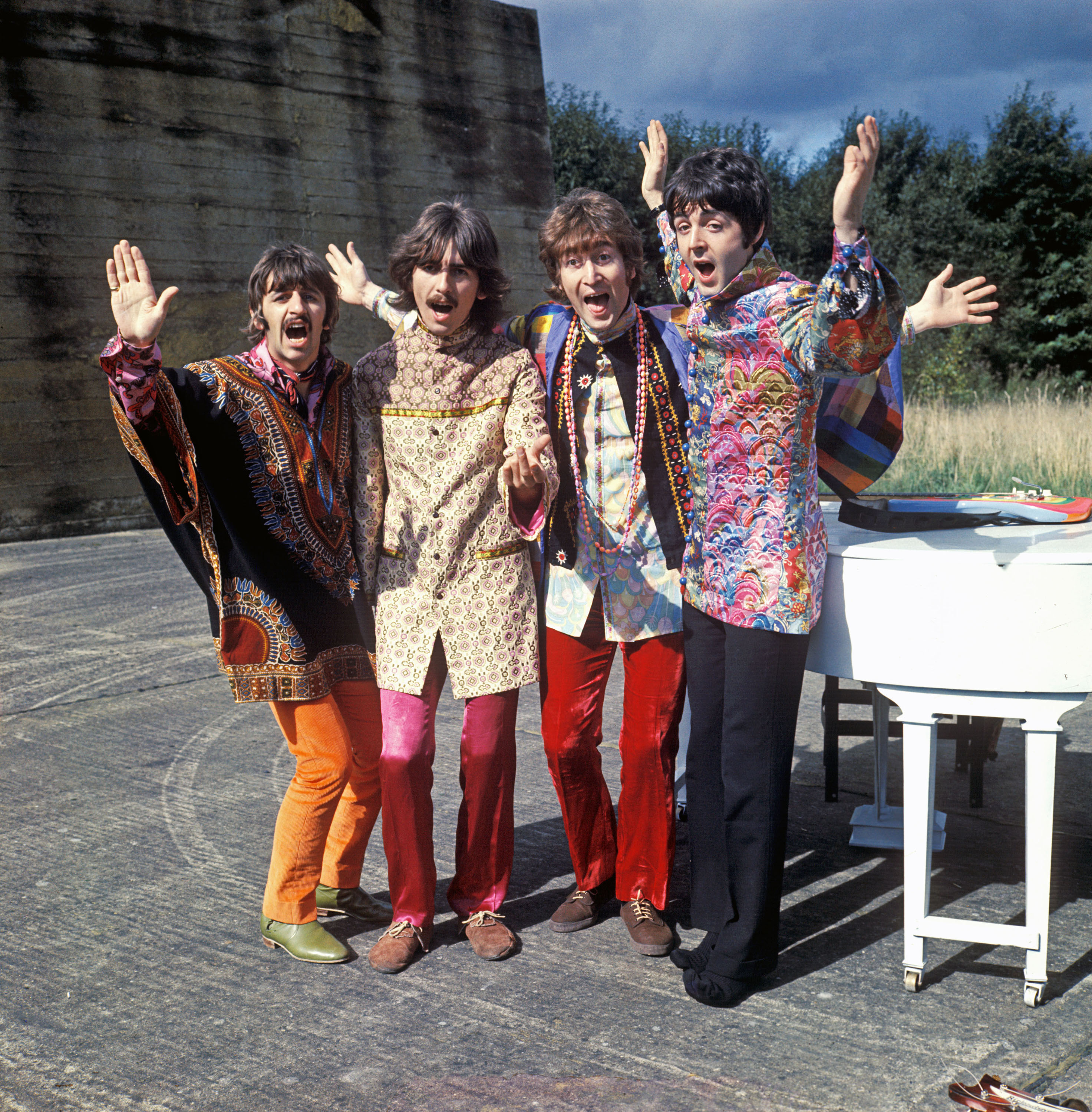 This is a guest post from Nick Scalera, resident music enthusiast and part-time history buff here on WETA's digital team. He writes more regularly over at Boundary Stones, our local history blog focused on the Washington, DC area.

Magical Mystery Tour, the surrealistic 1967 Beatles TV special shown only in the U.K., will finally premiere on TV in the States — 45 years later, newly restored, in December on PBS stations. The film was originally broadcast in black and white on BBC One on Boxing Day 1967 to a family audience expecting a frothy entertainment in the style of A Hard Day’s Night and Help!.  It followed a Petula Clark special and preceded a Norman Wisdom feature film.

While the music itself had been rapturously received in the form of a double EP already high in the U.K. charts, the response to the “film” from TV critics and the majority of the 15 million adult viewers was negative to the point of downright vitriolic. As a result, the film was never nationally broadcast in the U.S. and had only limited distribution elsewhere.

The U.S. telecast will premiere on WETA TV26 & HD, on Dec. 21, at 9:00 pm and will be part of an exclusive double feature, accompanied by a new documentary, Magical Mystery Tour Revisited, featuring the history of the bizarre project, as well as snippets of outtakes.

So, why it this big deal?

Are you a Beatles fan? Here's the best chance ever to see this psychedelic gem in fully remastered color and sound (for free). Regardless of what you may think of the silliest bits, you get to see music-video-like performances of some of the best tunes in the catalog, including "I Am the Walrus," "The Fool on the Hill" and "Blue Jay Way".  And 40 years on some experts are re-discovering its (arguably few) merits. So maybe the worst thing the Beatles ever did is actually quite awesome and was just misunderstood in its day — but you'll need to judge for yourself.

Are you one of the 10% (Beatles haters)? Bolster your opinion by watching the most bombastic, pretentious, and just plain awful project of the Beatles' career. Heck, even some Beatles super-fans agree it’s basically a muddled mess with a few decent songs.

Are you a John Lennon partisan? Well, it was all Paul's idea. And he looks really silly in a fez.

Perhaps you feel Ringo's contribution was undervalued? He gets lots of screen time in Magical Mystery Tour. The reasons are unclear.

Anglophile and/or interested in 1960s culture? Some critics have argued it would have been more interesting if the Beatles had turned their camera on London's swinging, drug-addled scene, as opposed to driving their day-glo bus around the countryside of Cornwall and Kent. However, if you find the clash of '60s counter culture and the traditional values compelling — you'll get a good dose of that in MMT if you read between the (nonexistent) lines. There are also attempts at humour that mostly fall flat, but still display that classic British combination of wit and zaniness.

Still unconvinced? Any film that officially lists roles such as "Mr. Bloodvessel," "Rubber Man," "Jolly Jimmy" and "Stripper" is worth checking out.