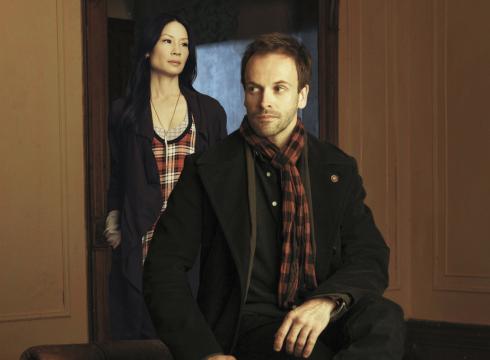 My relationship with upcoming CBS Sherlock Holmes adaptation Elementary is already rather fraught and complicated, and the series hasn’t even premiered yet. Since way back when this was announced as a pilot – well before it was even greenlit to series – I have not been entirely thrilled about the prospect of another modern-day Holmes TV show, and transplanted to New York no less!  (I know that I was not alone in this initial reaction either, so I don’t feel too badly about it.)

My opinions toward Elementary, however, have softened considerably since seeing the pilot episode at Comic Con this summer. While it’s certainly got nothing on the BBC’s masterful Sherlock series, the CBS adaptation does have its moments and star Jonny Lee Miller is interesting enough in the role of Holmes to at least merit a couple of episodes’ worth of our attention. It will certainly be interesting to read all the initial reactions to this series once it premieres on September 27 (that's day after tomorrow, if you're counting).

Unfortunately, the promotional material surrounding the series’ debut seems determined to play up the most cliché, cringeworthy and even, yes, elementary elements prior to its launch. When everyone who follows any sort of entertainment television at all is automatically going to compare this show to the BBC’s highly stylized and super intelligent Sherlock series, the decision to release an initial series of promos and clips that appear designed to showcase the most banal and expected moments from the American version seems ill-advised. And that’s before we get to this, the latest set of promotional posters that have been released. Which are…not good. Like, really, really not good.

I am literally at a loss as to whom these posters are supposed to appeal to.  They’re vacuous enough to offend hardcore Holmesians and not interesting or controversial enough to grab the attention of casual viewers/fans.

Other than the fact that “Holmes” sounds vaguely like “Home,” I don’t get the point of this particular poster’s tagline. Is the bad pun the whole point? Is this supposed to be a play on the fact that Sherlock is anything but sweet, even in this version which has dialed the BBC version’s meanness down a notch? Also, from the shallow end, I need someone to steal that scarf and burn it. (I don’t remember this pink nightmare in the pilot, so I hope I’m not just blocking it out.) 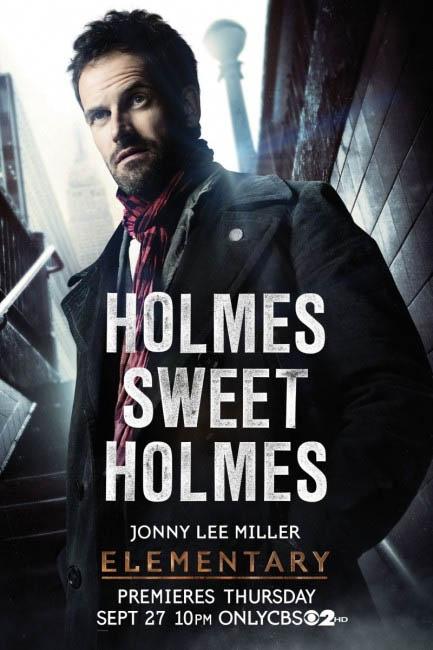 Did you know that in addition to being a girl now, John/Joan Watson also does Pantene ads in her spare time?  I’m also going to be charitable and assume that the “My dear Watson” tagline is meant to be a riff on the fact that the name of the show is Elementary, and not due to the fact that Lucy Liu is a woman.  (I do believe “My dear Holmes” is also frequently used in canon, and yet that’s not the tagline that Miller got stuck with.) 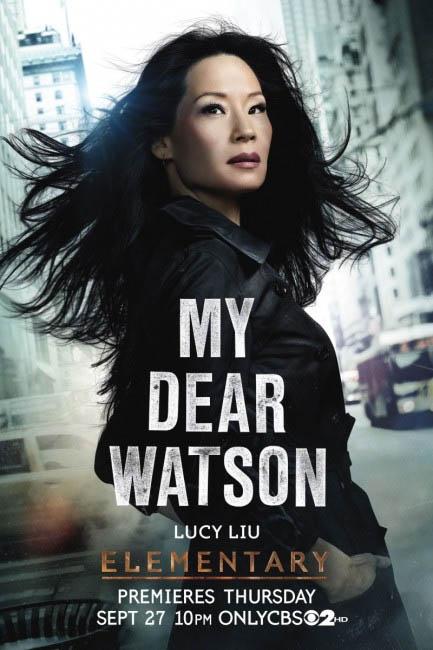 Yeah, these puns are pretty awful. It’s doubly unfortunate because the Elementary pilot is actually much better than this marketing campaign would lead you to believe. It certainly doesn’t reach the heights of the BBC version, and I stress that in order to try and manage expectations – but it deserves better than this…whatever it is.  This sort of ad campaign does nothing to bring in the fans of the BBC series that CBS certainly seems to want to appeal to, given this show’s entire existence and all – and probably it makes a fair bit of them angry, and more convinced than ever that Elementary is unworthy of their time.  As someone who enjoys Sherlock Holmes in pretty much any form – and who enjoyed the series’ pilot a great deal more than I expected to – I’d like to see it get a chance to succeed.

Trust me, if you’d told me six months ago that I’d be one of the people saying that Elementary deserves at least a shot to prove itself, I would have asked you how you got here from your random alternate timeline. But, here I am, so apparently anything really is possible in life. Maybe I need a lie down?

What say you, Telly Visions readers? Are you going to give Elementary a shot on Thursday? Or have you had quite enough Sherlock Holmes of late?