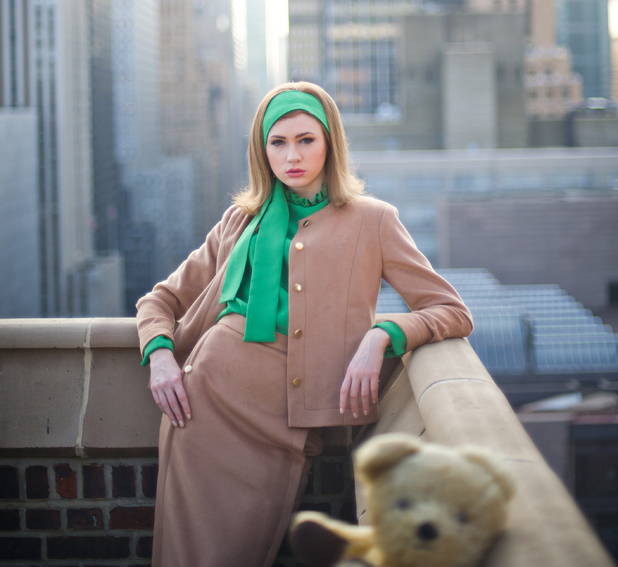 Heads up for fans of Doctor Who Companion Karen Gillan, her latest project, the BBC Four docudrama We’ll Take Manhattan, finally has an official American airdate! The film will premiere here in the States this weekend, on March 3 at 8pm ET on the Ovation channel.  The 1960s biopic features Gillan as the famous former top model Jean Shrimpton.

The Ovation channel is not available everywhere in the US, but you can see if you have access to it in your area by checking their website. I looked up my own address and we do seem to get it here in Northern Virginia, though I have to admit this isn’t exactly a network I’ve heard of before? But, you know, check your DVRs and program accordingly – since I’m sure you’ll be watchin Doc Martin with us on Saturday!

Click through for more details on the film, a trailer and a short scene clip. I’m very curious to see what Gillan can do in in a role that appears to be very different from Amy Pond!

Written and directed by John McKay, We’ll Take Manhattan explores the relationship between Shrimpton and groundbreaking British photographer David Bailey (played by Aneurin Barnard, an Olivier award winner for Spring Awakening). During an infamous 1962 photoshoot for British Vogue in New York the two of them manage to change the world of fashion photography completely.

Take a look at the film’s trailer below, then preview a scene for yourself!

Actors and Actresses Karen Gillan Other Networks Other Shows of Interest