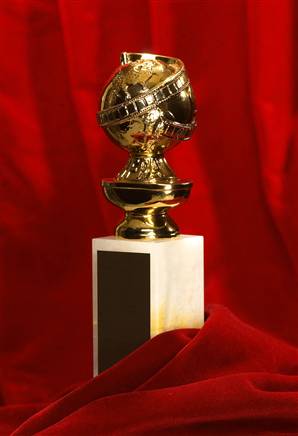 The Golden Globe nominations were announced this morning and they included many fabulous British actors in multiple categories, as well as several recent series you’ll recognize.

Downton will face off against a fellow British hit - 1950s period drama The Hour – in the Best TV Movie or Miniseries category. The Hour stars Dominic West and Romola Garai also both grabbed nods for Best Actor and Actress in a a TV Miniseries or Movie. (Though, if you ask me, it is a crime that Ben Whishaw’s work in that series went unrecognized.)

In fact, the two lead acting in a TV Movie or Miniseries categories are almost exclusively British, with only one Yank making the cut in each. Among the Brits recognized on the men’s side, Bonneville and West are joined by Luther’s Idris Elba and Bill Nighy, nominated for his role in Masterpiece’s Page Eight. For the ladies, Emily Watson and Kate Winslet are nominated alongside McGovern and Garai.

Among the film nominations, former Hex star Michael Fassbender scored a Best Actor nod for his role in the somewhat controversial NC-17 sex addiction drama Shame. Tilda Swinton scored a Best Actresss nomination for her powerful performance in We Need to Talk About Kevin. And Kate Winslet is actually a double Golden Globe nominee, receiving a lead actress nod for her performance in the film Carnage, in addition to her nomination for Mildred Pierce.

Despite critical buzz for Gary Oldman, Benedict Cumberbatch, and Tom Hardy’s performances, Tinker Tailor Soldier Spy was completely shut out in the movie categories. Vanessa Redgrave’s much-lauded supporting performance in Coriolanus was ignored for the second time in two days (she didn't snag a Screen Actors Guild nomination either).  Steven Spielberg’s Brit-filled War Horse earned a Best Drama nomination, but the man himself did not receive a Best Director nod. And somehow, Madonna’s Wallace Simpson drama W.E. managed to pull off a Golden Globe nomination – for Best Score.

Full list of nominees after the jump, if you’ve not seen them. Do you think the Globes got more right than wrong this year? Was something or someone obvious left off the list? Tell us in the comments.

Best Score
The Girl With the Dragon Tattoo
War Horse
The Artist
W.E.