Starting at 10pm tonight on WETA, we've go two more back-to-back episodes of romantic drama William & Mary. (For those of you keeping track at home, these are episodes three and four of the series’ first season.)  In the interest of full disclosure, I’ll admit that despite my vast personal knowledge of all sorts of British TV, I’m a relative newcomer to Doc Martin and the acting of Martin Clunes.  In the interest of really full disclosure, I’ll even admit that I’m only on the first season! But, all that said, I can already tell why so many people love it, and I’m looking forward to catching up to the rest of you.

Anyway, despite my relative ignorance of Clunes’ acting resume, I still have to say that his performance in William & Mary is really charming, displaying a sort of quiet (even adorable) everyman appeal that’s almost a complete 180 degree shift from his role as the prickly, grumpy Doc Martin. He even plays the guitar in a band! I mean, just compare the two pictures after the jump, and that should kind of tell you all you need to know about just how far apart these performances are. (Plus, I had to come up with SOME way to share that - I just get a tremendous kick out of that William & Mary episode photo. It’s just so unlike every other image I’ve ever seen of Clunes. It’s awesome.) 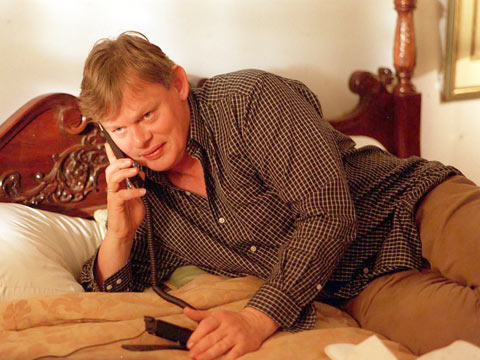 It’s well worth watching, if you’ve not tried it yet. (I’m kind of addicted already.)