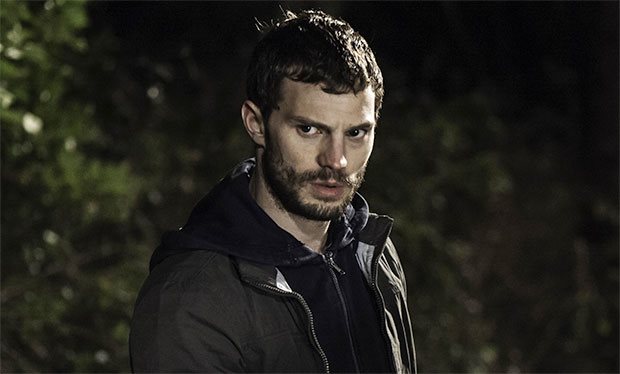 Set for release this coming Valentine’s Day, fans of the book have been vocal about the choice of this relatively unknown actor. However, as is the case with most performers who seem to pop up overnight, this Northern Irish actor has actually been slowly been building a career for almost a decade. Without having read the Fifty Shades trilogy, I argue he’s got all the necessary attributes necessary to play the male lead.

After all, he certainly has the looks. Early in his career Jamie was a model for Dior, Armani and Calvin Klein. Here’s an example of his transition from fashion to acting in a 2006 Levi’s commercial.

Dornan’s first feature film appearance was in Sophia Coppola’s Marie Antoinette. He played Count Axel Fersen, the young queen’s charming lover who caught her eye after she married the inexperienced and disinterested Louis XVI. From this series of scenes I gather Mr. Dornan was cast for his “je ne sais quoi” rather than his great oratory skills. They barely let him speak.

Marie Antoinette is available via Netflix DVD and can be streamed on Amazon Instant Video.

A few years later, Dornan made the move to American television in the 2011 fantasy adventure series Once Upon a Time. In the world of Storybrooke, Maine he portrayed Sheriff Graham Humbert, but while in Fairy Tale Land his true identity was that of the Queen’s ultimately merciful huntsman.

Once Upon a Time | 1x07 | The Huntsman Spares Snow White

Though he did return for a flashback episode in Season Two, Dornan’s Sheriff/Huntsman character made an exit from the show after the first season that was apparently quite unpopular with the show’s fans.  If you didn’t get to see Once Upon a Time when it first aired or you just want a reminder of Dornan’s performance, you can find the show on Netflix, Amazon Instant Video and Hulu Plus.

New Worlds is set in the 1680’s, the time of the restoration of Charles II to the throne and an era of tyranny on both sides of the Atlantic. Dornan plays Abe Goffe, a cunning, rebellious young Brit whose impulsiveness sometimes leads to violence. His determination to end the Stuarts’ oppressive rule is only tempered by a beautiful but privileged young aristocrat who herself is at odds with the world around her.

New Worlds will debut exclusively on Acorn TV in mid-February.

But probably the most defining role of Dornan’s career so far has to be that of Paul Spector, the psychopathic yet mesmerizing serial killer from The Fall.  He plays a complex character that transforms into whatever he needs to be around his wife, children and therapy clients, despite the fact that he has a murderous addiction.

In Series 1, we find Paul’s urge to stalk, torture and kill beautiful young women intensifying. As the Belfast police force scrambles to stop the terrifying wave of murders, Spector appears to always be one step ahead.

In the newly released second series, Paul’s luck seems to be running out even as we’re learning more about his past and the possible reasons for his rage and twisted world view. In fact, on closer inspection, the characters of Christian Grey and Paul Spector have had quite a similar start in life. One just took his domination of women to a substantially greater extreme.

Last year Dornan won a Breakthrough and Rising Star award as well as a BAFTA leading actor nomination for his work in The Fall. If you haven’t experienced Jamie’s impressive, almost Jekyll and Hyde-esque performance in The Fall, you can check both series out on Netflix.

Whether or not you have an interest in the upcoming Fifty Shades of Grey film or not, I reckon Jamie Dornan is an actor we’ll be seeing more of in the future. He’s done period and modern drama as well as fantasy. Can a rom-com be far behind? Share your thoughts on all things Dornan in comments section below.